Dealing with damp and mould in your rented home

Mould, often arising as a result of damp is a serious issue and can pose significant health risks to you, and damage to the property you‘re living in.  If you spot mould or damp in your rental home you must take action to deal with it right away.  If you don’t it will simply get worse, cause more damage and potentially cause you to be seriously ill.

How does mould develop?

Generally, mould is caused by excess moisture and humidity in a property.  It is often more common in the winter when the inside temperature of a house is considerably higher than outside, and any moisture inside the property clings to the walls as a result.  How does the water get inside the house?  It can be from a number of reasons including;

The first five of these are something your landlord is responsible for and if you notice any of these you should notify them as soon as possible.  They won’t want the property suffering from damp any more than you do so they’ll likely be grateful if you tell them ASAP.

Again, damaged gutters are something your landlord needs to sort, blocked gutters however are something that can be quickly resolved by your local window cleaner for a small extra fee, most window cleaners are more than happy to remove blocked leaves from a gutter whilst they’re already up a ladder cleaning your windows.

Have a chat to your landlord or managing agent as to whether they’ll be happy to pay for this cost.  It may be part of your tenancy agreement that you are responsible for this, but if not then they should bear the cost.

What can I do about mould?

Mould can be caused or exacerbated by the lifestyles of people living in the property. A poorly ventilated property creates the perfect environment for mould to thrive

If you’ve ruled out anything serious with the property, often mould and damp is simply caused by poor ventilation.  Older properties particularly suffer with ventilation that isn’t as good as a modern house for example.  Think whether you do anything that causes a large amount of moisture, for example, shower without adequate ventilation, cook without the extractor, and if so, make sure you open the window to allow any excess steam escape and not linger in the room. 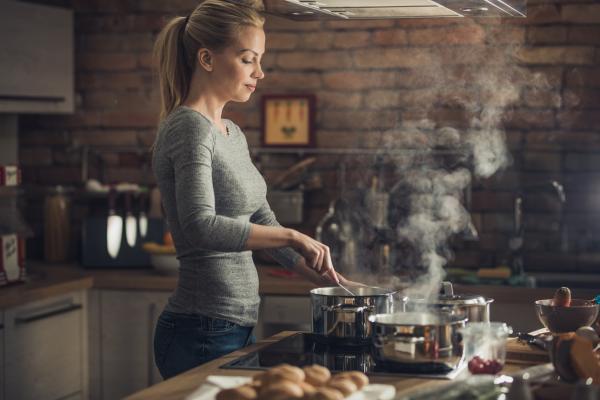 Drying clothes inside is also a major cause of excess moisture in the air which can lead to damp.  If you must do this, then it’s important you also open the windows to allow the moisture to escape and air flow through the room.

As well as adequate ventilation, heating is key.  It may sound strange to advocate heating and having the windows open, particularly in the middle of winter but if you suffer with damp this really is a very important step to stopping it in its tracks.  Prevention is always better than cure.  It may also be a condition of your Tenancy Agreement to adequately heat and ventilate the property.  If it is, and you fail to do so, you could be liable for any damage to the property as a result.

If ventilating and heating isn’t possible all of the time – for example, you live in a ground floor flat and can’t leave your windows open during the day, your landlord might want to install dehumidifiers to give extra help removing moisture.

If you’ve already got mould, you’ll want to remove it, and quickly. 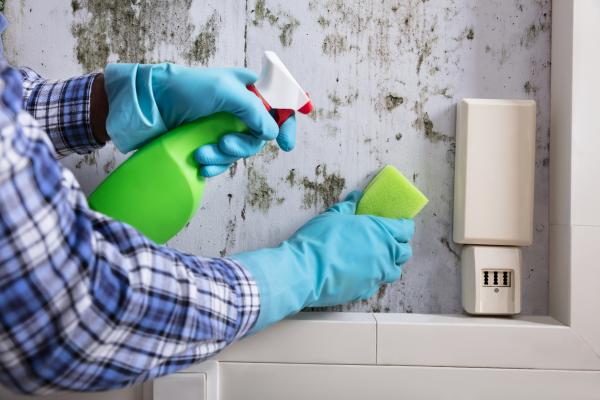 There are several quality cleaning products specifically designed to tackle mould and kill it which should slow down or stop it coming back completely for example HG Mould Spray.  When cleaning mould, you must make sure that you wear protective clothing and gloves, as well as disposing of any items - cleaning or otherwise - which come into contact with the infected area.

If the area treated is particularly prone to damp, your landlord might want to invest in anti-mould paint, to help stop the mould returning.

What should landlords do if mould develops in their property?

When damp and mould problems arise, communication with your tenant is essential. Tackling the problem early and working out the cause is crucial. Then deciding what can be done by both parties to prevent mould developing in the future could also prove invaluable to both the health of your tenants and your investment

The first step is to identify the cause of the mould to prevent any recurrence once it’s cleaned. If you’re particularly concerned about who is responsible for a mould problem, then you can get a professional to come in and assess what is causing it. If it is a particularly serious structural problem, then it could be expensive and potentially complicated to rectify.

When removing mould, it’s important to make sure it is completely eradicated, otherwise it will return and the problem will remain. Alongside improving ventilation and installing dehumidifiers, in some cases anti-mould or mildew paint can be effective in stopping mould from reoccurring in a particular spot.

To prevent mould developing in the future, tenants’ general upkeep of the property and its ventilation - as well as vigilance for the early signs of mould - will help towards preventing damp and condensation issues.

If you’re particularly concerned, set more regular inspections  or if not already installed, look to install automated extractor fans for bathrooms and kitchens.

What are the implications of mould damage?

Most importantly, damp and mould can pose a health risk - particularly for people with existing respiratory problems or allergies. Mould can cause infections and exacerbate asthma or allergies. It also produces irritants and in some cases toxins which can be dangerous to humans.

Damp and mould could cause long-standing damage to a property, so it's important to take any instances of it seriously and deal with it immediately. What's more, evidence of mould could uncover a more serious structural problem with the property or something fundamentally wrong with the plumbing or drainage system.

Can I improve my credit score when renting?

12/03/2020
Many tenants have been renting for a long time, but are they building their all-important credit rating at the same time?