Having long-term landlords on the books is an important part of being a successful letting agency and a study recently undertaken by the country's largest agency, Countrywide, shows that landlords don't sell properties too frequently.

To put this into context, the average owner-occupier sells up every 14 years and in 2007, prior to the recession, Countrywide reported that the average landlord sold a property every 12 years.

Over the past decade, private landlords have consistently sold less often than average owner-occupiers, the agency reports.

It also confirms that nearly 50% of privately owned homes in the UK have not been sold in the past 20 years, when official Land Registry records began. Among properties owned by landlords, however, this figures falls to 32%.

A decade of property selling snapshot: 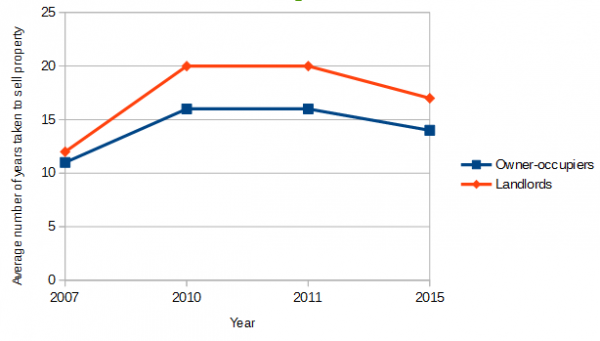 “As landlords trade less often than homeowners, the growth of the private rented sector weighs down on the number of housing transactions. Less liquidity in the sales market can cause local market distortions and impact labour mobility.”

“As the private rented sector continues to grow it is likely we will see more owners searching for flexibility, blurring the lines between tenant and landlord by letting their properties while renting elsewhere.”

Why are these figures so significant for letting agents?

Well, it's clear that there is perhaps more stability in the Private Rented Sector (PRS) than it is regularly given credit for. The fact that landlords are not selling properties very often is a good indicator of faith in their investment.

As we recently discovered, there are some three to four million young adults in the UK looking to purchase a buy-to-let investment and the PRS only looks set to grow over the next few years.

All of this could mean more landlords, more tenants and more rental properties, which combined provide letting agents with increased opportunities to grow their business and take on more clients.

This long period of average property ownership among landlords reinforces the important message that client relationships and business retention are so important. When an agency takes on a landlord, according to these figures, the likelihood is that they're not going to sell that property for a long time. This raises the opportunity of a potentially long and fruitful working relationship for the letting agent of choice – if they can keep the landlord happy!