New findings from the HomeLet Rental Index have revealed that the rental market has returned to growth in 2015, with the average rent on new tenancies signed in January 2.5 per cent higher than in the previous month. Nine out of twelve regions in the UK have seen prices rise, with only the North East of England, Northern Ireland and the West Midlands seeing a decline in rental prices.

The HomeLet Rental Index figures for January 2015 reveal that after a period of seasonal adjustment towards the end of 2014, which saw rental prices falling in many parts of the country, the rental market has started 2015 with a return to growth. The average rent in the UK is now £889, compared to £867 at the end of 2014, and £799 in January 2014.

The figures show the highest growth occurring in the East Midlands, Scotland and East Anglia with rents rising 6.2 per cent, 5.7 per cent and 5 per cent respectively. 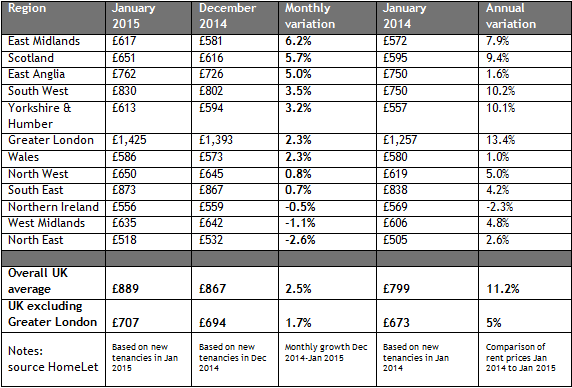 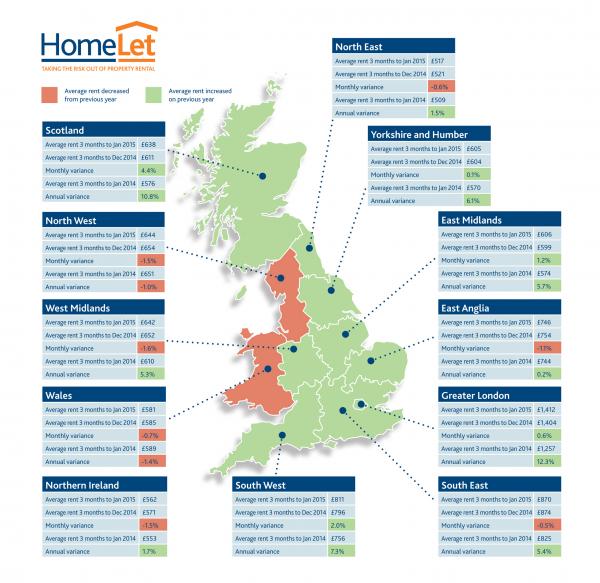