Newcastle City Council has been successful in its bid to ban landlords erecting ‘To Let’ signs across some parts of the city, starting in January 2015. 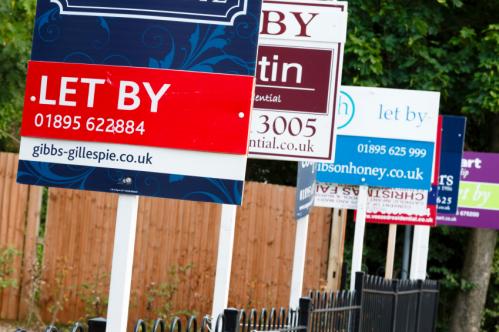 The ban was put in place to help the visual appeal of streets, in areas with a high concentration of rental properties, which the council says are ‘spoiled’ by the multitude of signs.

Under the Regulation 7 direction, landlords in certain areas of the city will now effectively need to apply for a form of planning permission in order to erect signs advertising their properties. If landlords fail to comply, they could face court action and be fined up to £2,500.

Cllr Ged Bell, cabinet member for Investment and Development in Newcastle said, “residents tell us that too many boards spoil areas and negatively affect house prices, particularly in areas like Jesmond and Sandyford that often contain student households.”

The move to ban the signs has been criticised by the National Landlord Association. Bruce Haagensen, local representative of the NLA, said:

“I can understand that for residents the multitude of boards can be an issue, but if you are banning lettings boards, why not ‘For Sale’ boards too?

“With the property market as it currently is, sales boards are around for quite a long time before a house is sold.

“Also, if these boards are not acceptable in Jesmond, why are they acceptable in the West End? If you are going to introduce this policy it should be right across the city.”

We want to know - will the ban affect you? Or do you think it’s a good idea? Maybe you’d welcome it in your area or you’re worried it’ll be bad for business – let us know your thoughts in the comments section below.