New data from the latest HomeLet Rental Index reveals rent prices for new tenancies in Greater London are rising at the slowest rate for almost two years. The January index data shows Greater London rent prices are 6.2% higher for the three months to January 2016 compared to the same period in 2015, this is the slowest rate of growth seen in Greater London since March 2014. By comparison, rent prices in other regions continue to rise steadily with the South East of England and the East Midlands seeing the highest rent price rises in the three months to January 2016, at 7.2% and 6.8% respectively.

This month’s Index shows eleven out of twelve regions in the UK seeing prices rise in the three months to January 2016, compared to the same period last year, with only the North West of England seeing prices dip by 3.4% from £646 per month to £624 per month.

Commenting on the report, Martin Totty, Barbon* Insurance Group’s Chief Executive Officer, said: “It’s notable that there has been a further fall in the rate at which average rents in the Greater London area are rising. In recent years, the capital has seen much faster rates of increase than the rest of the country, but it may be that an affordability ceiling has now been reached in London and that rents will now track other parts of the UK more closely.

“The fact that UK-wide average rents in the private rented sector continue to show sustained upwards growth reflects there is still strong demand for rental properties, driven mainly by the impact of the long term structural imbalance in supply and demand of property. Landlords achieving higher average rents over time also suggests that tenants starting a new tenancy are proving they can afford higher average rents – with demand outstripping supply, some would-be tenants may be able to outbid rivals for properties, which could drive higher rents.” 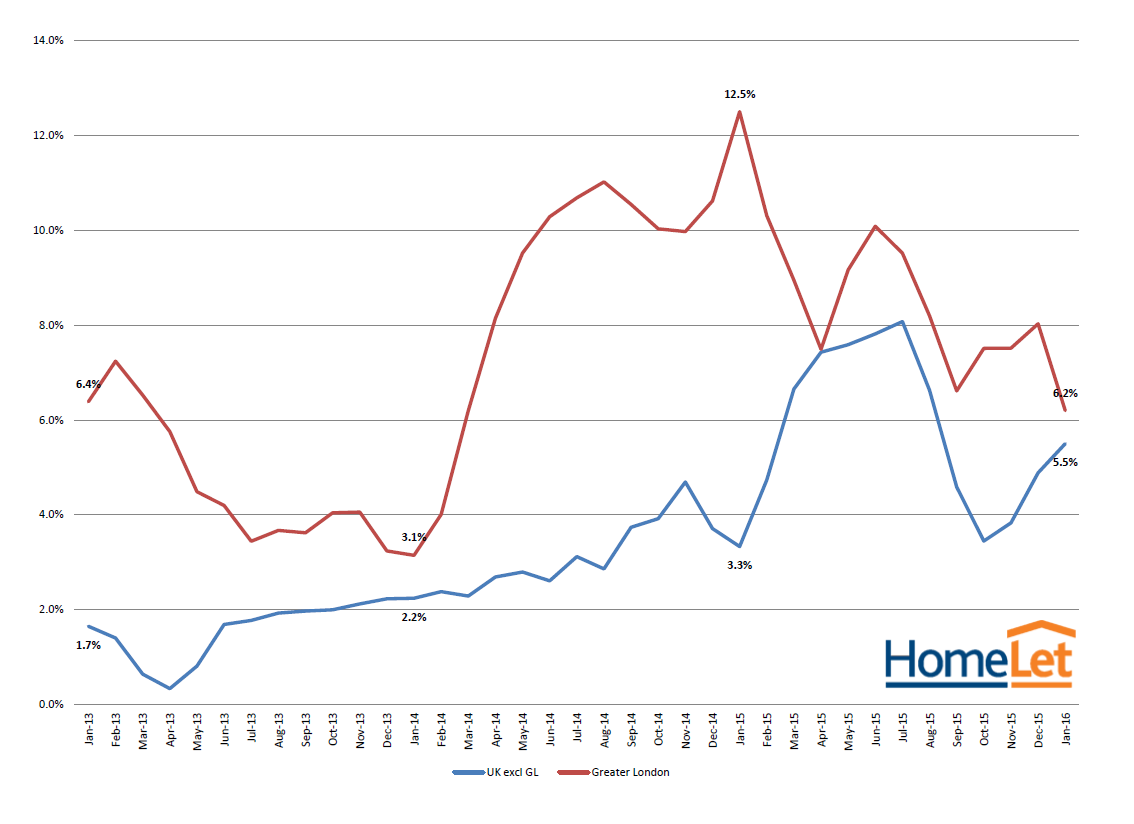