New findings from the HomeLet Rental Index have revealed that after a period of rent price rises in London outstripping the rest of the UK, the disparity between the growth rate of the London and nationwide rental markets is beginning to narrow. Average rent prices in London have remained static in the three months to February 2015, versus the wider picture of predominantly rising prices. The average rent in the UK is now £899, compared to £889 at the end of January 2015, and £873 in December 2014.

The HomeLet Rental Index figures for February 2015 reveal that seven out of twelve regions in the UK have seen rent prices rise in the three months to February 2015, with the North East and South West of England leading the way at 3.1 per cent and 2.5 per cent price growth respectively.

Average rent prices over the three months to end-February 2015 also reveal growth in East Anglia, the North West of England, Northern Ireland, the South East of England and Yorkshire & Humber. Figures for the three months to February 2015 show that prices have not increased in Greater London and the West Midlands, and have fallen in Wales, the East Midlands and Scotland.

Commenting on the report, Martin Totty, Chief Executive Officer, Barbon Insurance Group, parent company of HomeLet, said: “2014 saw the London rental market outstrip the rest of the UK in terms of rent price growth but what we are seeing so far in 2015 is the private rental market becoming much more broad-based with the strongest rent price growth occurring outside of the capital. Other regions of the UK such as the South West of England and East Anglia are maintaining the rises achieved in 2014 and continuing to grow.”

“The rent price growth seen in London during much of 2014 now appears to be slowing. However a recent survey we conducted with London letting agents has shown that demand for private rental property remains high and still outstrips supply, with 80 per cent of agents saying there are more tenants than properties available.” 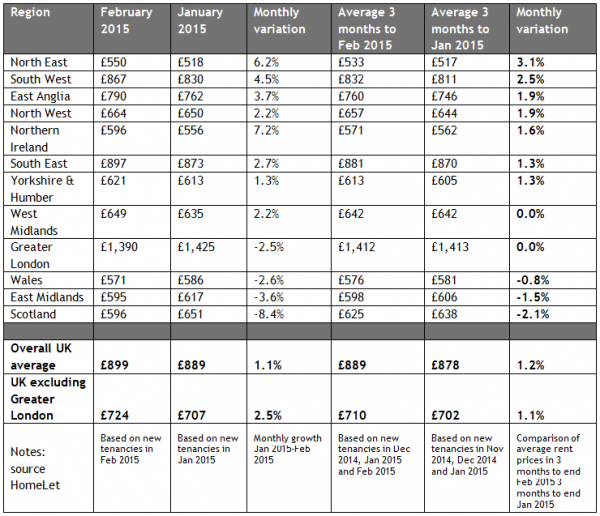 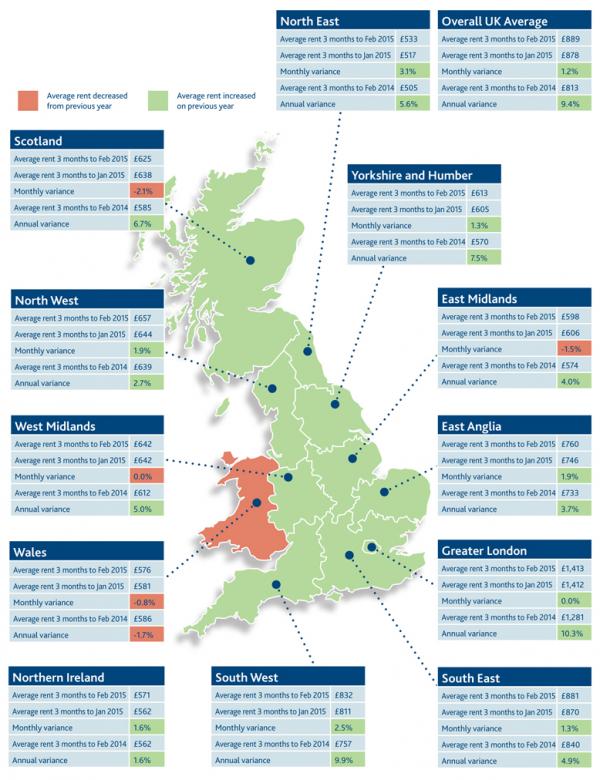 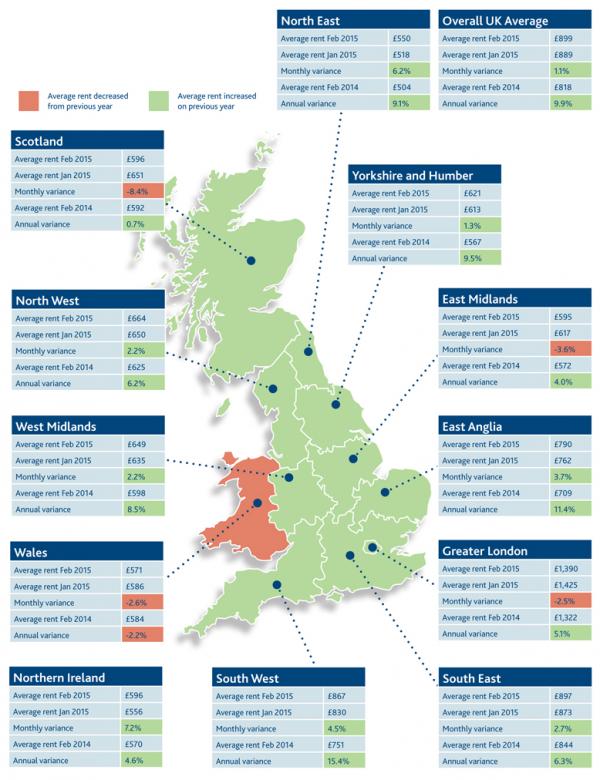