Our latest Rental Index has shown that the majority of the UK’s regions outside Greater London have seen a growth in their rental rates, with only Wales seeing a decrease in its year on year variance. Here, we take a look at the data.

Rental growth highest in the South West of England, with prices 13.7% higher than a year ago

Greater London Vs. the rest of the UK 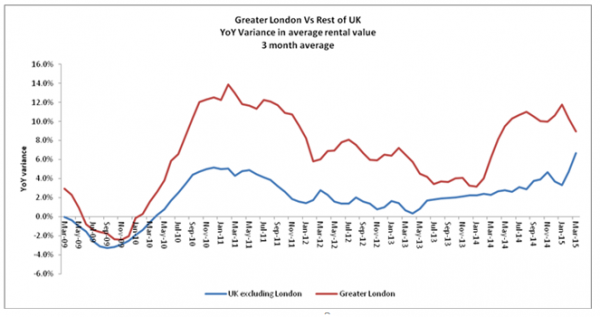 Our Rental Index shows that average rental rates outside Greater London are 6.7% higher than they were at this point last year, which is the largest level of annual variance we have seen since the Rental Index was established in 2008.
Our data also shows a convergence between rental rates in Greater London and other areas of the UK, with the data showing that the rental rate rise is not solely attributed with ‘the London bubble’. In fact, rises are actually led by the South West, which has witnessed a 13.7% rise in the year on year variance.

As a comparison with previous years, we can see that:

The top three regions with the largest annual variance were:

The three regions with the lowest variance were: 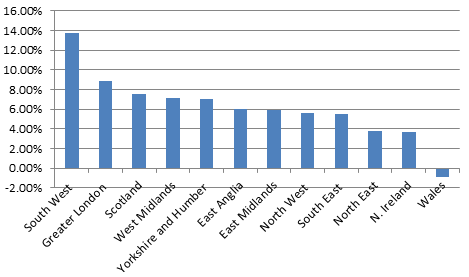 Overall, our data shows that rents across the UK are 10.2% higher than they were last year, with Wales being the only region to see a fall, at -0.9%.

For a full regional breakdown you can see the Rental Index here.