Of all the measures introduced to help the property market contend with the Coronavirus outbreak, the stamp duty holiday has been perceived as a great success.

Now in its second phase, and in the midst of tapering off, numerous reports have built a strong case on the effectiveness of the holiday.

Meanwhile, a market snapshot from the Royal Institution of Chartered Surveyors suggested new listings were unable to keep up with the number of interested buyers in May 2021, which inevitably drove prices up across the UK.

With this in mind, we take a closer look at the introduction of the holiday, how it has impacted the market, and how landlords can benefit despite the market slowdown.

Stamp duty holiday beginnings: what was the initial reaction?

The stamp duty holiday was announced in July 2020 as part of Chancellor Rishi Sunak’s summer statement to provide a much-needed boost to the market in the wake of the pandemic.

The changes enabled homebuyers in England and Northern Ireland to benefit from a £500,000 tax-free threshold, as opposed to the customary £125,000. It meant home movers purchasing a home worth £500,000 or more would save up to £15,000 on the usual stamp duty bill.

The news received a warm welcome from the industry during a time where the market recovered from a near-total shutdown during lockdown.

Richard Donnell, research and insight director of Zoopla, commented: “Stamp duty holidays are a tried and trusted way to support housing market activity and provide an additional incentive to move home at times when the economy has been hit.”

"The Government would hope that the savings feed into additional spending in the real economy with more cash spent on home improvements and white goods rather than enabling buyers to spend that bit more on their next home.” 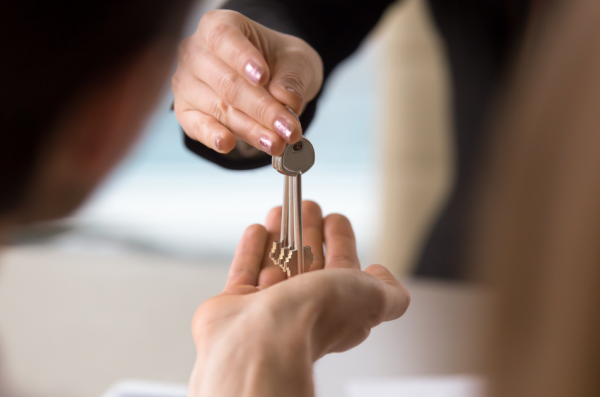 Landlords and second home buyers were also able to make use of the tax cut, although they were still required to pay the extra 3% of stamp duty they were charged under the previous rules.

Ben Beadle of the NRLA said that while the holiday was necessary, the Chancellor should have gone a step further: “The additional rates should be scrapped in cases where landlords invest in properties adding to the overall supply of housing,” he said. “This includes investing in new build and bringing empty homes back into use.”

Stamp duty holiday ends: how did phase one affect the market?

The stamp duty break has since had a major effect on house prices, with Land Registry data revealing prices increased by nearly 9% year-on-year.

Sales figures have also risen. UK sales bottomed out at around 40,000 in last year’s lockdown but have topped 100,000 a month every month since October 2020, largely led by the stamp duty cut.

According to Rightmove, around 1.3 million UK buyers benefited from the holiday, with sellers hiking asking prices by more than £16,000.

Increased competition and rising prices meant that many buyers may have purchased their homes at the top of the market, perhaps paying premiums that outweighed the tax savings.

The temporary holiday has granted landlords some very useful savings – up to £15,000 in some cases – with the proportion of property sales agreed with investors hitting its highest level in four years.

In November 2020, landlords made 15% of agreed property purchases in England, Wales and Scotland. The average price paid for a property by landlords was £180,000 – around £80,000 less than the average amount paid by an owner-occupier, according to studies.

A second stamp duty rush is anticipated before the fresh September deadline, followed by a fall away in the market.

A tapered system: what does the future hold for landlords and SDLT?

While the tax break has done plenty to revitalise the market, there are other factors incentivising housing demand.

It’s argued that low interest and mortgage rates, the race for space, low supply, and strong lending would see the final closure of the stamp duty scheme on September 30 having no impact at all.

Now that the largest savings have ended, it’s likely we will see a market lull as the dust settles over the next few months. This could result in house price growth slowing, and possibly some price falls.

However, the rush to buy homes may continue for a while longer, as some buyers are still eager to compete for properties and push purchases over the line before the deadline.

A survey by Rightmove found that 25% of buyers who missed the June 30 deadline tried to renegotiate their purchase price with the seller, while 13% looked to buy a cheaper home. This shows that the savings made thanks to the holiday were essential to a lot of purchases.

Once the stamp duty holiday comes to an end and the frenzied market levels out, landlords might actually have a better selection of properties with far less competition for homes.

This will help meet the rising demand from tenants who continue to seek new, larger homes across the UK which offers landlords a wider pool of potential renters to choose from an fewer void periods.